What Are Neural Networks? (A non-mathematical explanation) 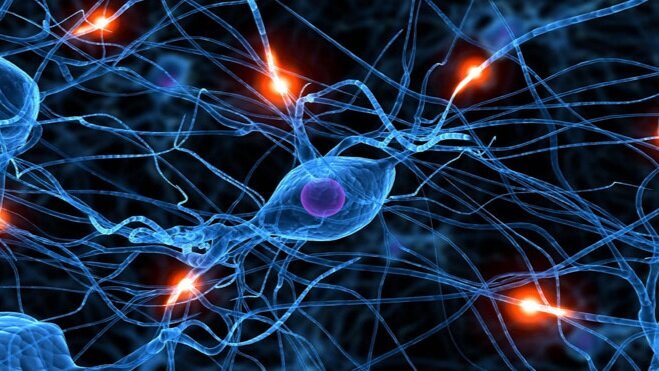 A biological neural network is composed of neurons and each neuron is made up of:

If a network can be defined as "a group or system of interconnected people or things", then a neural network is a group or system of interconnected neurons.How do neurons connect with other neurons? Well, neurons connect to other neuron when signals are sent from the axon of one neuron to the dendrites of another neuron.Information is received through the dendrites and, if the the voltage is strong enough, an all-or-nothing electrical impulse, called the action potential, is generated. When action potential is generated, it quickly passes through the axon and creates new synaptic connections with other neurons at the end of the axon. This process repeats itself. If the voltage input of any of these synaptic connections is strong enough, action potential is generated in the respective neuron and new synaptic connections are created with other neurons at the end of the axon.(Make sense so far? If not, I would suggest you do not move forward until it does.)Now that you know the basics of how a biological neural network works, let's learn the basics of an artificial neural network.

and each type of neuron is organized into layers. There is only 1 input layer and 1 output layer, but there can be multiple hidden layers in between.Each neuron is connected to every other neuron in both the previous layer and the following layer by weights. The weights between neurons are illustrated in the diagram above as lines. The higher the weight between two neurons, the more of an influence the first neuron has on the second.The flow is as follows: input information is received in the input layer, travels through the multiple hidden layers, and finally gets emitted through the output layer. The decision that the neural network makes based on a given input depends on the outputs that the output neurons emit.As the input information travels through the hidden neurons, it gets multiplied by each weight in its path. Each neuron combines all weighted outputs from the previous nodes that link to it and then applies an activation function on that combined total to determine its own output. This process continues for every single neuron in the neural network—all the way from the input layer to the output layer.You might be wondering how a neural network sets its weight values to accomplish a given task. It's important to understand that neural networks aren't intelligent enough to know how to make the proper decisions based on any given input right off the bat. They have to be trained to make proper decisions.The process of training a neural network basically introduces a feedback mechanism to continually adjust the weights in the neural network until they are best-suited for the task at hand. Let's dig into how this works.In order to train a neural network, you need:

Haroon is the Co-founder and Executive Director at A.I. For Anyone. He holds a Master’s degree in Information and Data Science from UC Berkeley and a Bachelor's degree from Penn State University. He is currently a Product Marketer at a startup and has previously worked at firms—including Deloitte Consulting, Mark Cuban Companies, PayPal, Facebook, and NASA—at the intersection of product and data science. He is also a 2011 Gates Millennium Scholar.