How AI Can Put Endangered Species Back On The Map 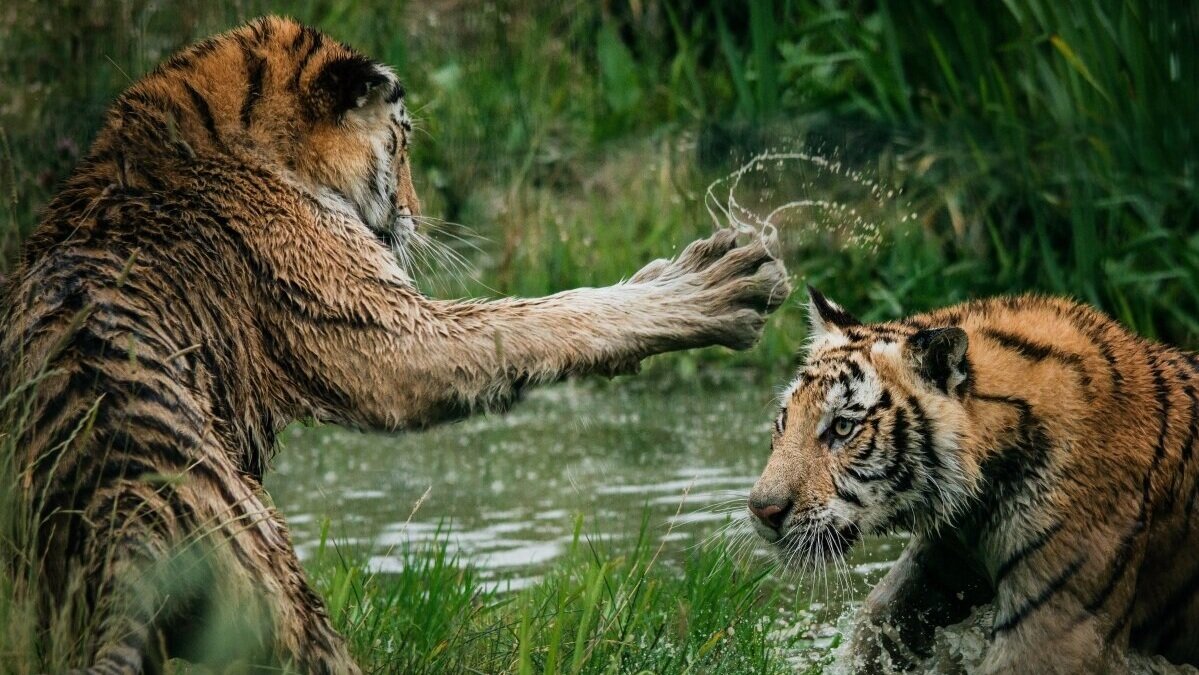 This post was written by Rebecca Brink, Writer at A.I. For Anyone.

Were you one of the millions who eagerly watched Tiger King: Murder, Mayhem and Madness in March and April?

Love it or hate it, this pop-culture hit has been one of Netflix’s most-watched shows since the pandemic started. It touches on poignant tiger rights issues before ending with a grim statistic:

Declines in tiger populations throughout Southeast Asia have landed this group on endangered watchlists. In 2016, for instance, tigers were declared functionally extinct in Cambodia (once home to a thriving community) since none of the felines appeared at the country’s Srepok Wildlife Sanctuary for nearly a decade. While habitat loss and animal infighting were partially to blame, illegal poaching was a significant reason.

Today, tiger reintroduction efforts are underway around the world. But global demand for exotic wildlife still offers an incentive to hunt. Thanks to innovations in AI, tigers in prime poaching locations are getting some help.

Predictive models give tigers a better home. Researchers working with local rangers at the Srepok Sanctuary are leveraging AI to stop poachers in their tracks. They are using PAWS (Protection Assistant for Wildlife Security), an AI-driven application, to predict poaching hotspots and suggest patrol routes. It integrates Gaussian processes, decision trees, and game theory to anticipate illegal hunting behavior and tactics.

The PAWS AI graphs protected habitat areas using a set of grid cells, just like a game. It then places rangers and poachers throughout the cell-mapped area. Poachers attack a given cell when they place animal snares. Rangers defend against this by conducting patrols. When rangers stop an attack, they score.

How does the AI know which cells are likely to be attacked?

PAWS draws on detailed information—geographic area, past patrolling data, and poaching history—from SMART, a spatial monitoring and reporting tool. Developed by leading animal conservation groups, SMART is open-source software that anyone can use. It evaluates ranger data for past patrols at hundreds of protected areas across the world.

Beating poachers at their game. With the SMART data, PAWS can suggest patrol routes that have a high probability of being successful. At the Srepok Sanctuary, researchers found that the game-theoretic model increased detection of animal snares by an average of 30%. Field teams typically remove 200-300 snares a month. With PAWS, they were able to clear 1,000.

When testing PAWS at Queen Elizabeth National Park in Uganda, rangers also found more snares and trapped animals in areas where AI predicted a high probability of poaching activity. These places were not on the radar of local enforcement. Hotspots that would have otherwise gone undetected were discovered because of AI.

Determining the number of endangered elephants or rhinos in a given area was difficult before the use of camera traps. With 100+ new cameras in the Ujung Kulon National Park in Java, Indonesia, the World Wildlife Fund (WWF) now has a better grasp of the park’s rhino population. But keeping up with the data has been tough. While cameras have helped the WWF get acquainted with each specific animal, they have also produced a backlog of time-sensitive images.

Machine learning to win the race against time. Google-enabled AI at Wildlife Insights has allowed the WWF, and other conservation groups, to turn stockpiles of critical images into actionable information. Using computer vision and AI platform prediction, data is now classified and shared across a global community within seconds.

Wildlife Insights’ models were trained to filter blank images (i.e. those missing animals) and to classify species with TensorFlow. Starting with 8.7M images and a dataset of 614 species, AI models learned to recognize colors, patterns, and textures. When a wildlife expert uploads a new image, the platform predicts the species, and it assigns the prediction a confidence score.

Plans to develop the AI models further include:

AI predictions will improve as more people contribute data. With accurate and timely information at their disposal, wildlife groups will be better equipped to carry out their initiatives.

Balancing AI and the needs of local communities

Time is running out for species already at critically low numbers. Animal repopulation is a great idea, but if these efforts are to succeed, we’ll need to gain traction with other issues that underpin local communities—poverty, hunger, lack of resources, etc.

Synching conservation AI and social justice AI could help. As artificial tools develop, this should become much easier to do. If humans and machines can work in harmony, then perhaps we can find a way to save some of the species which are about to disappear from the planet for good.