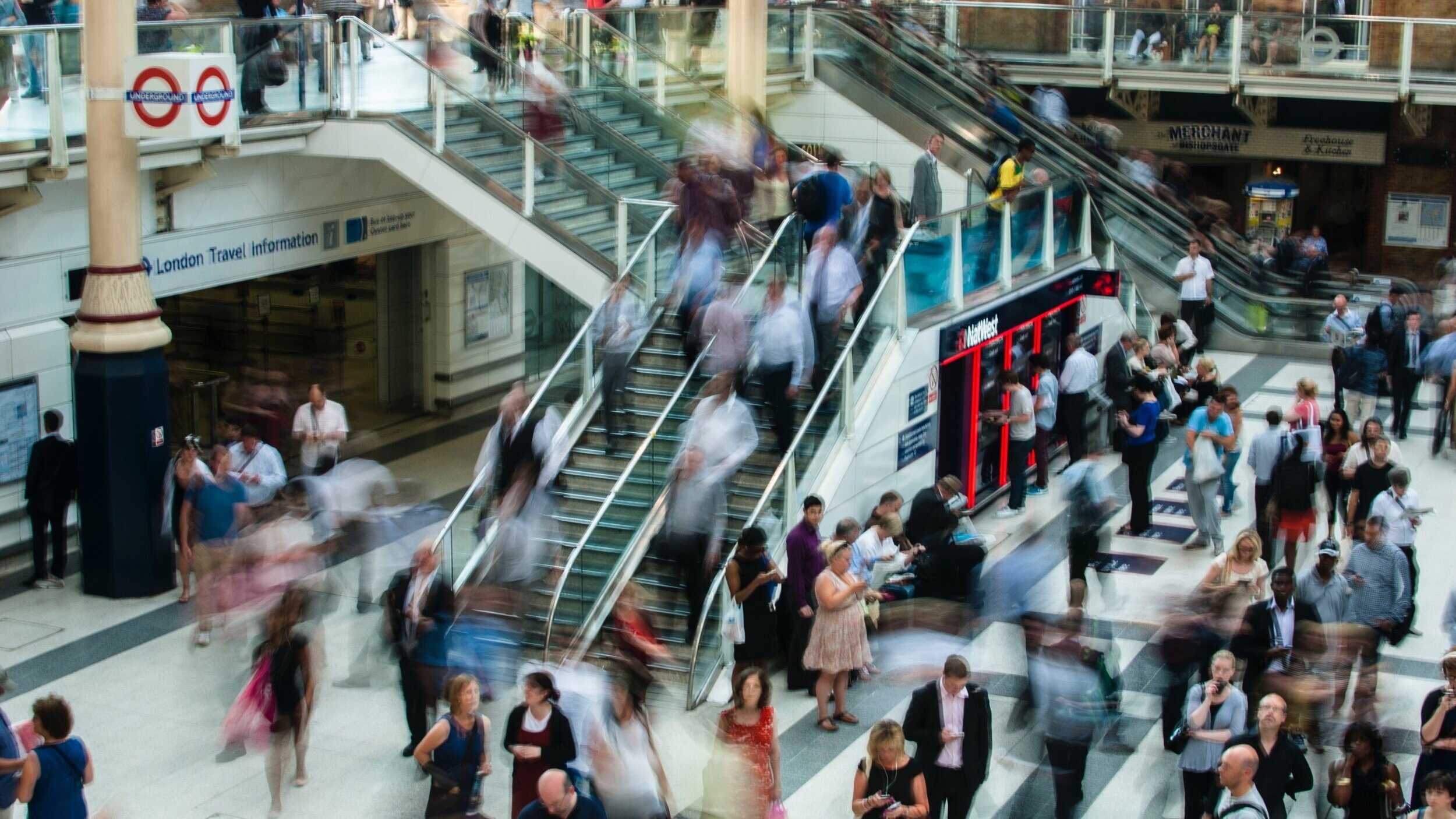 It’s 5:53 AM and your smart sleep system bed, alarm clock, wearable health monitor have determined it is now the optimal time for you to wake up.  It plays a classical tune that almost sounds like Bach, but isn’t.

You walk to your kitchen, where coffee is already waiting and brewed to your liking.  Your foldable touchscreen tablet is sitting on your kitchen table displaying a customized feed of news, social media, and your schedule for the day all mapped out.  All while consuming a breakfast that consists of the ideal nutrient combination based on the data received from a sensor in your gut that continually monitors the health of your gut bacteria.  Once you are done with breakfast and ready to head to work, you embark on your daily commute, which is virtually identical every day, costs very little, and requires none of your attention, allowing you some downtime before work.

At work where you help perform maintenance on large automated factories, you put on your AI assistive equipment which consists of a neural interface and a biomechanical skeleton suit allowing you to perform complex tasks at a rate and efficiency that is on par with that of your fully automated robotic counterparts.  With this interface you can work in a number of fields that would have been otherwise entirely automated by now, keeping the unemployment rates from reaching dangerous levels.  At your workplace, you work directly alongside fully autonomous systems that seamlessly allow and account for human input while maintaining near perfect efficiency.  Because of this ability to directly interface with our technology, our ability to communicate will become seamless, language barriers and misunderstanding will be mostly or even entirely mitigated. This ability to interface only amplifies your sense of purpose and accomplishment.

On your way home from work you realize that you want to pick up a meal and groceries from the store,  this was already predicted by the software within your car, and with a certain level of confidence it chose the best option for you to reduce your downtime as much as possible, it even communicated with the restaurant and grocery store on the way so that your meal and groceries could be picked up without any loss of time.  You get home with the dinner and get to sit at the table with not only your partner and kids but with your parents as well. Even though you had almost lost parents both to a degenerative disease, predictive centralized medicine was able to predict and detect the afflictions before they have a chance to manifest, thereby effectively curing disease through predictive treatments.

It is easy to draw parallels with this hypothetical reality even today, and in most cases, these individual technologies don’t seem all that distant.  And while any and all of these innovations can result in misuse and abuse, they certainly more than have the potential to solve most of the problems facing humankind today. Ultimately, regardless of which outcome you may subscribe to it is incumbent upon us to start having the conversation now, as we are already well on our way to one of these possible realities.